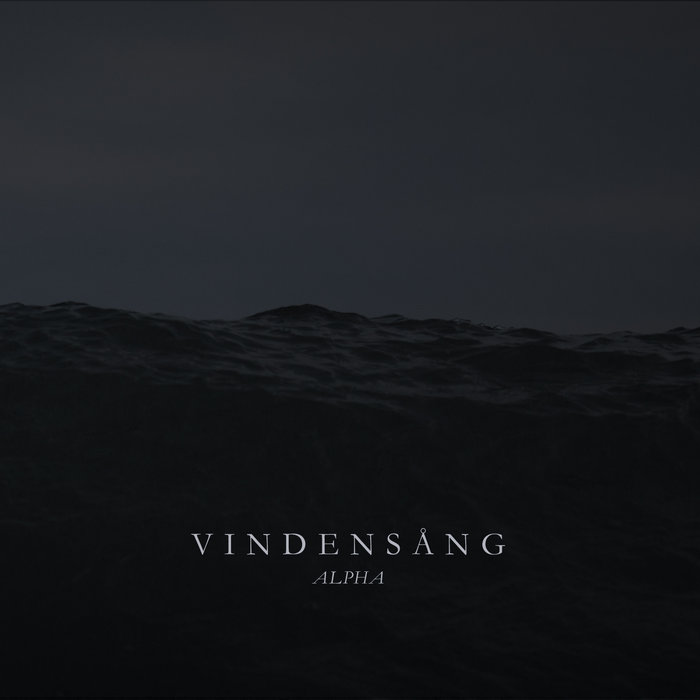 Jacob Theis Wish there were more bands with this kind of innovation, but then again, there aren't many musicians with the amount of devotion and patience that these guys have for a single album. Favorite track: Within the Womb of Creation.

Ronin This album is great in atmosphere and in sound. Cool songs but the album demands your attention otherwise it tend to slip away.

I prefer to lie on my bed in the dark when putting on this album. Favorite track: The Eternal Return.

M. P. With "Alpha" Vindensång created a highly atmospheric album, which sets you out into a deep and dense soundscape. Being all on your own, it takes a moment until you can find your way through it, but once you did, every step and every minute that passes feels right and the deep atmosphere just takes you away. So put your headphones on, close your eyes and listen to this. It's worth it. Favorite track: Within the Womb of Creation.

Spoonbräu Deep atmosphere with deep lyrics. This is the kind of band you listen to introspect yourself about the meaning of life and other meta-things. These guys take their time before releasing an album and that's how they can create that vibe. It has to be listened in a whole as the album is telling a story, so that's why there is no favorite track.

Niels Geybels It's hard to pick a favourite track on an album that is (once again) an amazing listening experience. Please take your time to explore one of the deepest records you'll ever hear. Favorite track: Into the Formless Void.

Fiffs Goddamn, this album is good. The production may be a bit off-putting at first but once you make it to the second track you realize just how fitting it is for the atmosphere that's being created, which is also perfectly represented by the artwork. Put on your headphones and get lost in this album. Favorite track: Within the Womb of Creation.

"Alpha" is the follow-up to the band's debut full-length "Terminus: Rebirth in Eight Parts". With spacious atmospheres and the most complex compositions that the band has released to date, "Alpha" takes the listener on a journey through darkness and rebirth.

The album was recorded and mixed at Woodland Studios between Summer of 2009 and Summer of 2013. Mastering by Jens Bogren at Fascination Street Studios, Sweden.

Vindensång is an American ambient band with strong influence from post-rock, experimental rock, and experimental metal. They have become known for their conceptual, genre-bending music and for capturing and re-producing atmosphere in sound. Since their formation, they have released one demo, one EP, and one full-length album, and are releasing a new full-length album, "Alpha" in 2013. ... more

Bandcamp Daily  your guide to the world of Bandcamp